Bees Defeat Perrysburg for a trip to the State Semifinals 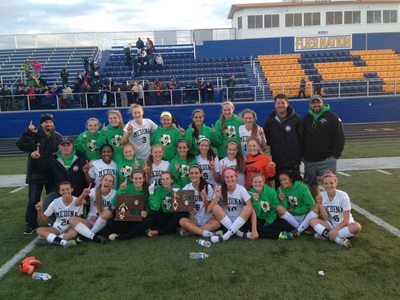 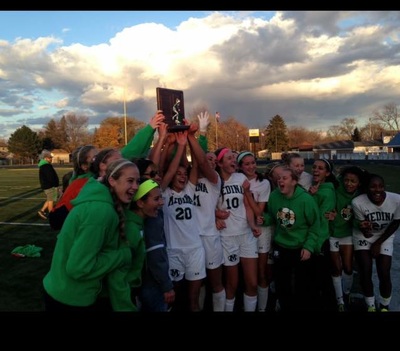 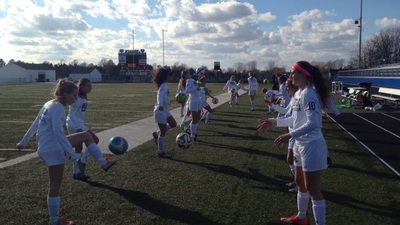 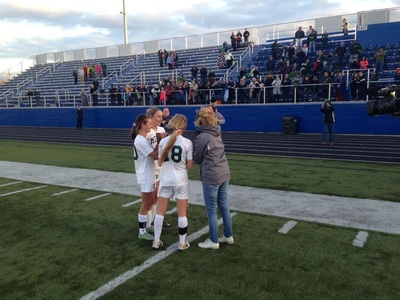 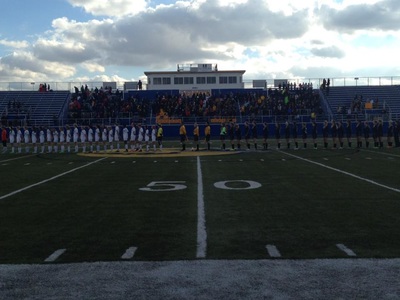 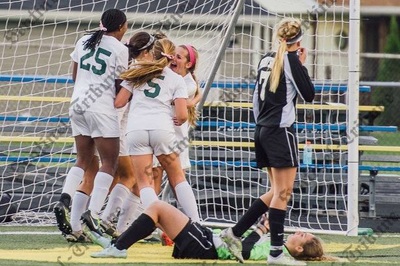 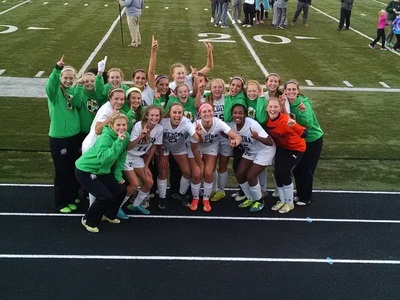 Medina leaves no doubt in win over Magnificat 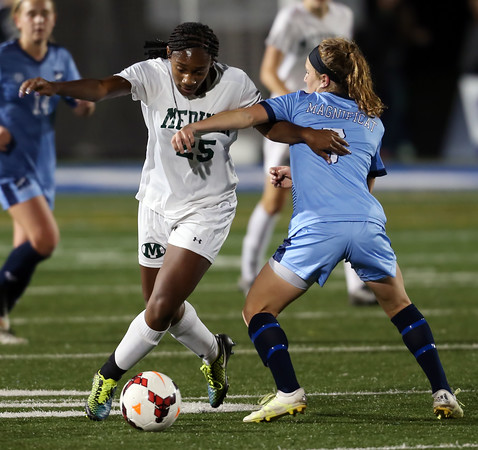 On Sept. 26, Joyner had to sit out a regular-season game with Magnificat (12-5-3) because of a concussion and things ended in a 1-1 tie.  It served as the catalyst in the regional semifinal and ultimately kick-started the team.

“It bugged me so much,” Joyner said of the regular-season meeting. “I was so ready for this game because I didn’t get to play last time. I had a pretty tough season, so I was ready to go.”

That was evident immediately, as Joyner scored her fifth goal of the season when the game wasn’t even eight minutes old. The score came off a pass from Sydney Leckie and acted as a precursor of things to come.

“(Joyner) came out and played excellent tonight,” Leckie said. “She came out early and set the tone for the rest of the game.”

The score energized a team that had plenty of missed chances in the first game, as Medina (17-0-3) reached the regional final level for the first time since 2012. Everything bounced Medina’s way, as Liz Ash took a pass from Jasmin Hilliard 20:36 before halftime to give the Bees a two-goal advantage at intermission.

Those two goals served notice Medina was ready to move forward, where it will play Perrysburg (18-0-1) at 3 p.m. Saturday in a regional final at a site to be determined. The Yellow Jackets beat St. Ursula 2-1 in double overtime.

“We told the starters we needed to score at least one goal in the first half,” Ash said. “Once we were up one goal, (the Blue Streaks) kind of dropped a little bit. They were defending the whole first half, but we just kept going at them. Once we got that third, we knew it was over.”

The third goal was proof the ball was a magnet for Medina, as a shot off the crossbar was a blessing. In Game 1, the Bees hit the crossbar twice and came up empty. In the regional semifinal, Leckie’s shot hit the white and fell to the feet of Loren Sefcik, who put it in for the final goal with 22:59 left. As strong as the team was up front, it might have been even better in the back, as the defense pitched its 14th clean slate and seventh in the last eight games.

“The defense, with them giving up barely any shots (Magnificat had 2), it pushes the forward line,” Ash said. “They did an awesome job tonight in defending their forwards. Their forwards are known for being good, and our defense shut them down completely.

“Our defense is so solid. Every girl we have back there is trustworthy. I think we have one of the best defenses in the state. No one really has had shots on us this season.”

That defense will be tested in its next match. Perrysburg won’t be intimidated by Medina’s undefeated mark, as the Yellow Jackets come in with just the one tie. The squad also knows about stellar defense and great offense, as Perrysburg has outscored its opponents 80-4. Medina has a 93-7 edge in that category.

Don’t think the Bees, who got knocked out at this stage by the Yellow Jackets in 2012, are intimidated by a team they haven’t seen this season.
“We played Perrysburg as freshmen and they actually knocked us out,” Ash said of that 2-0 loss in 2012. “We want to play Perrysburg just for revenge.

“We’ll go into that game confident just like we went into this game. We’re not expecting anything accept for a win.”
Contact Brad Bournival at sports@medina-gazette.com.